From exciting fireworks displays and traditional New Year's celebrations to visits from Santa in the heart of your hotel, we warmly invite you to get involved in some of the many wonderful seasonal events taking place in and around AYA Niseko during the festive period.

Santa Hits the Slopes
Even Santa needs a chance to unwind before the big day! Trading in his sled for skis, Santa will take to the slopes of Grand Hirafu during the 24th & 25th of December to spread some holiday cheer! Will you be lucky enough to spot him? Don't be afraid to greet him for photos and fun, and maybe a special gift! Grand Hirafu Ski Resort Ski Slopes (23rd / 24th December)

New Year's Countdown, Fireworks & 42nd Annual Torchlight Skiing
Join a thousand people bidding farewell to 2017 with a very special New Year’s Countdown at the base of the Grand Hirafu Ski Resort. When the clock strikes midnight, the 42nd Annual Torchlight Ski will commence, with a winding line of skiers and snowboarders bearing burning torches snaking down the mountain to mark the beginning of a brand new chapter. Grand Hirafu Ski Resort (Crowds gather from 23:30)

Traditional Sake Ceremony (Kagami-biraki)
Toast the New Year in authentic Japanese style with the traditional Kagami-biraki Sake Ceremony. A large sake barrel adorned with colourful decoration has its timber lid broken open with large wooden hammers. The sake within is served using an ornate bamboo ladle, and a toast is made for good luck and good fortune for the rest of the year. Grand Hirafu Ski Resort - King Bell Hut

With something for everyone and events organised throughout the winter, why not join Kiyoe Gallery for Wa - A Celebration of Japanese Art and Culture! 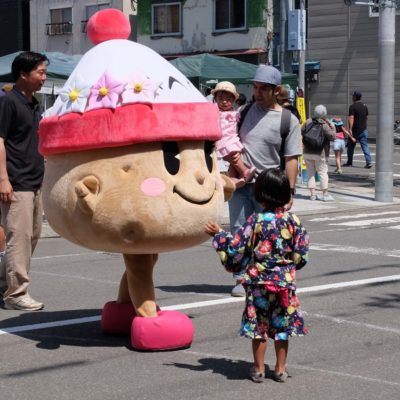 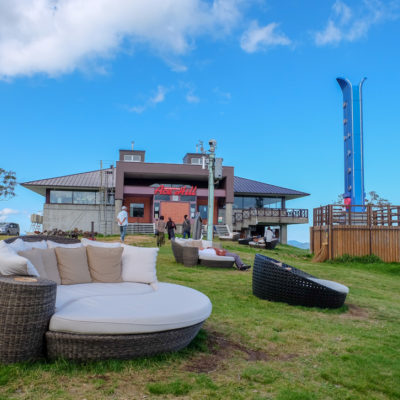 Enjoy a #nisekosiesta with Grand Hirafu!

Ride the summer gondola before lounging on summer siesta beds right in front of Mt. Yotei. Could this be the greatest selfie spot in Niseko?